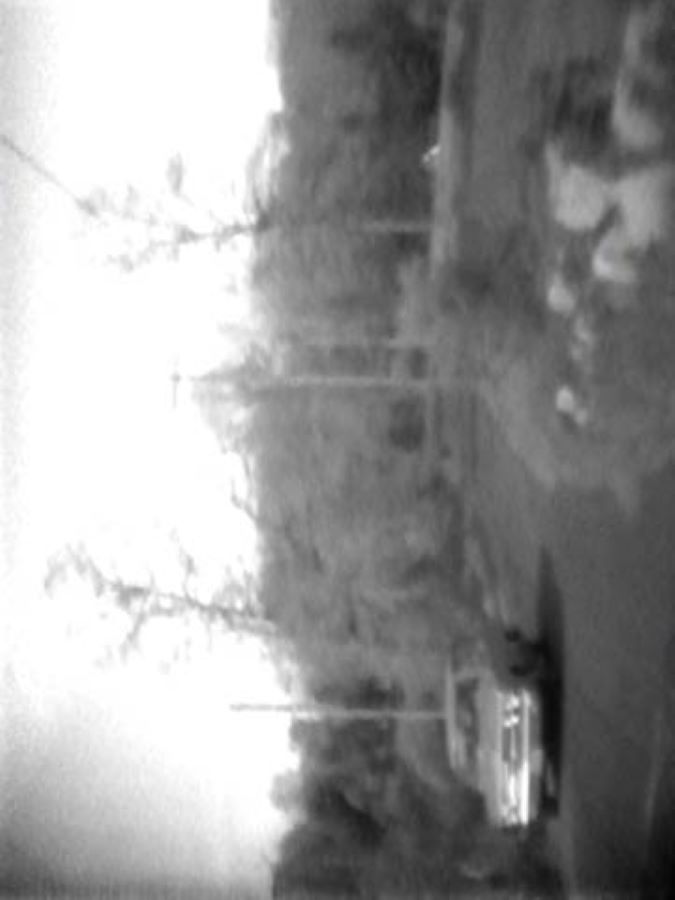 This video, shown on a vertical monitor, shows a continuous scene of a drive down a tree-lined road, shot from the front seat of a moving car. However, the landscape image is repeatedly interrupted every few seconds by the video’s horizontal roll. Car Tape (1976) is included in the performance Mirage (1976), in which it is shown on the onstage video monitor, and in the installation Mirage (1976/1994/2005).