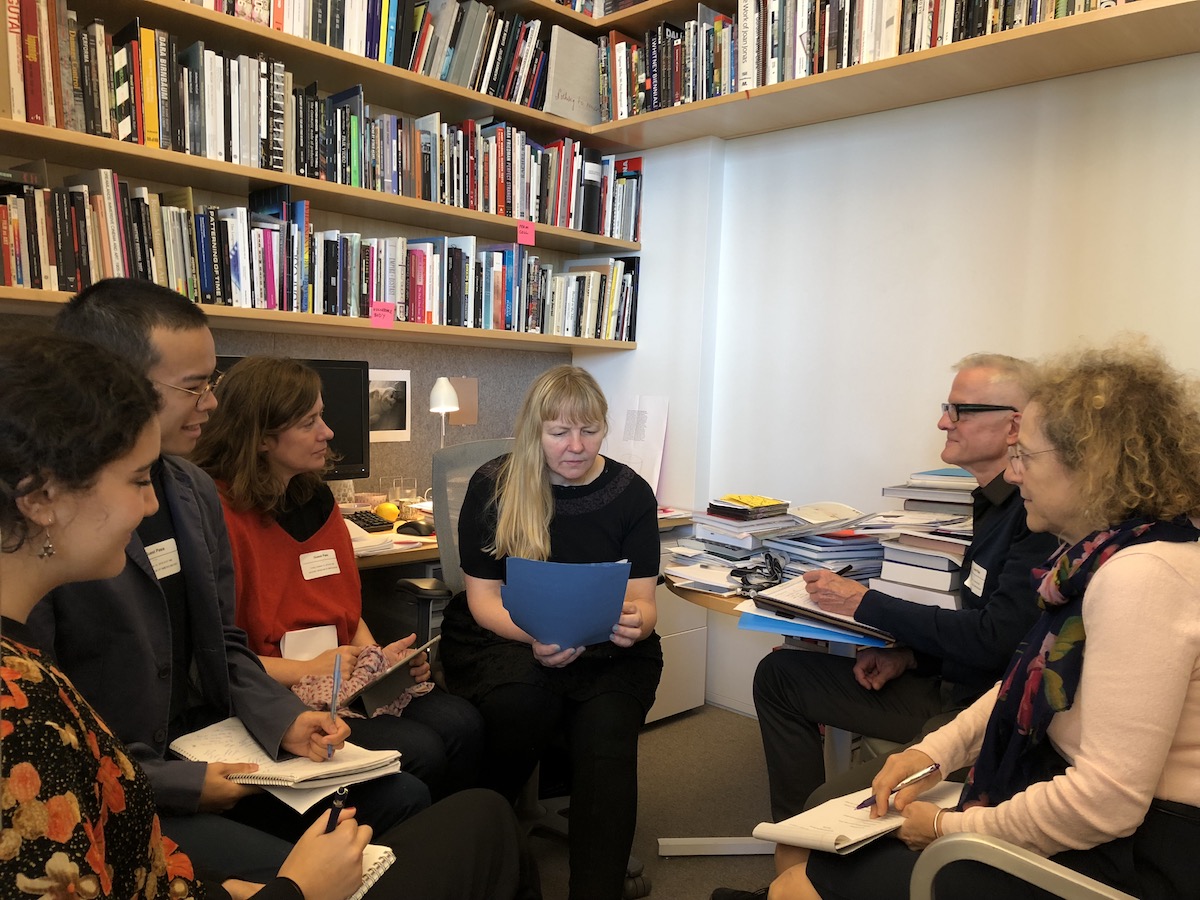 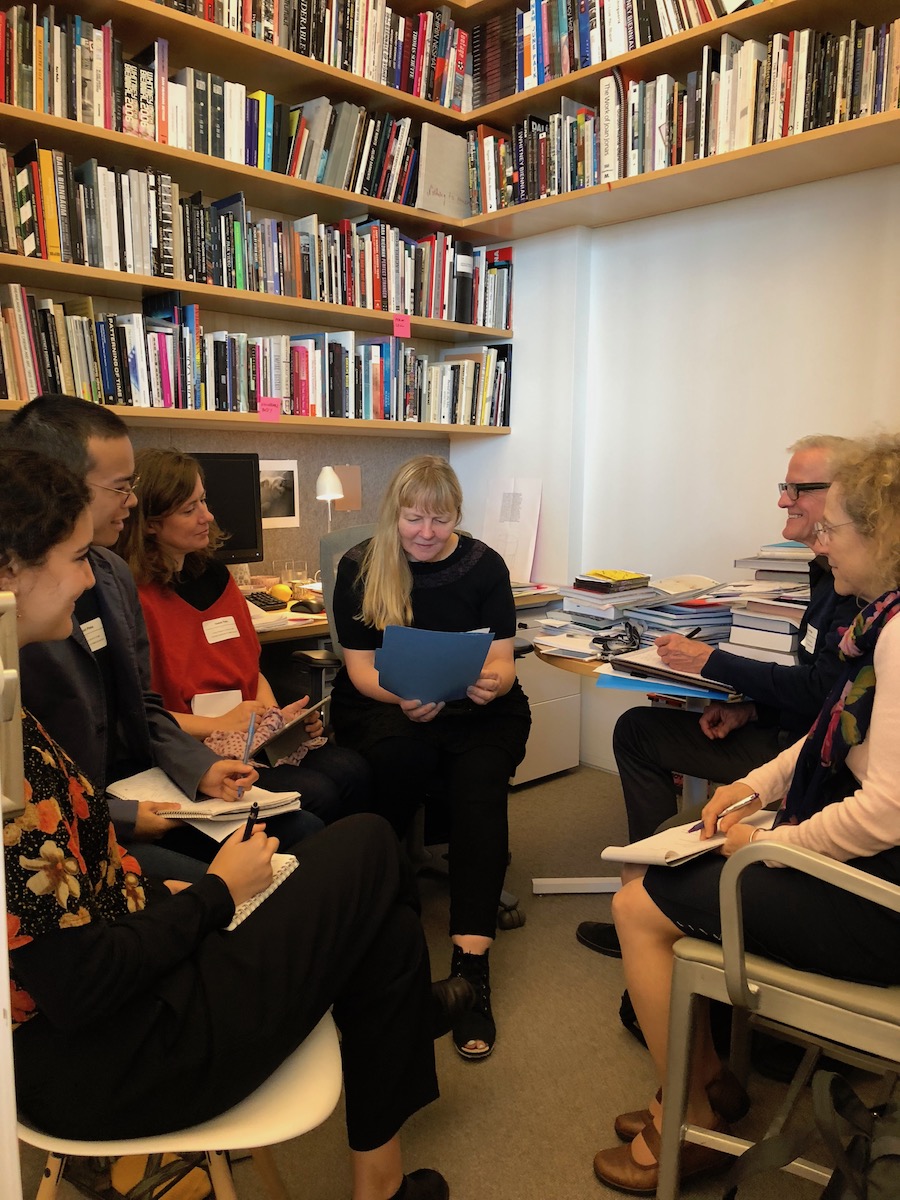 Chrissie Iles is the Anne and Joel Ehrenkranz curator at the Whitney Museum of American Art, New York. In 2001 Iles curated Into the Light: The Projected Image in American Art 1964–77, which explored the history of media art. The exhibition included Jonas’s piece Mirage (1976) which was acquired by the museum in the same year. The idea for Into the Light originated in an ongoing dialogue with Jonas about the strong division between the film and art world.

In this interview Chrissie Iles discusses her professional background, how she came to show Mirage at the Whitney, and her ongoing dialogue with Jonas that continues till this day; the discussion is framed within an art historical background of time-based media artists in the UK, Europe, and the United States in the 1980s and 1990s [0:45–12:29]. Iles goes on to explain that the Whitney did not own any single-screen videos because they were not unique, but Iles wanted to reflect the interesting history of film and video art in the collection, especially the art made by women and people of color [13:20]. At [18:40], Iles elaborates that the 2000s were a very interesting time for time-based media in museums because time-based works were no longer under curators’ radars and were finally being respected in the United States. For Into the Light Iles was particularly interested in Jonas and Mirage because she felt the piece reflected what the exhibition was about—breaking away from the neat categories (performance, film/video, installation, etc.) that the art world had created [18:40]. Iles then walks through the steps of selecting Mirage for the exhibition and the processes of bringing it to the Whitney [26:27]. This transitions into a conversation about the parameters of showing and reinterpreting works in different ways and how this applies to Mirage [30:05]. The conversation turns towards the moment when Mirage came to the Whitney, how the artist’s relation to the work changed, and how fixed Mirage was at that point in the Whitney’s history [35:51]. Iles then points out that different versions of Mirage are owned by different institutions and discusses what those relationships are like, especially between the museum and Electronic Arts Intermix (EAI) [43:05]. At this point in the interview [47:27], Iles begins to discuss the site-specificity of Mirage and the technical details: the ideal space to show Mirage [51:55], light and audio levels [52:19], and any furniture in the gallery [54:47]. The conversation later shifts to Iles discussing media migration and the changes in technology for time-based media and how museum professions should deal with those changes when exhibiting Mirage [59:48]. The interview wraps up with Iles speaking about the process of loaning works from the Whitney [67:13] and how formal discussions should be taking place between the Whitney and other institutions that own different iterations of the same work [70:01].