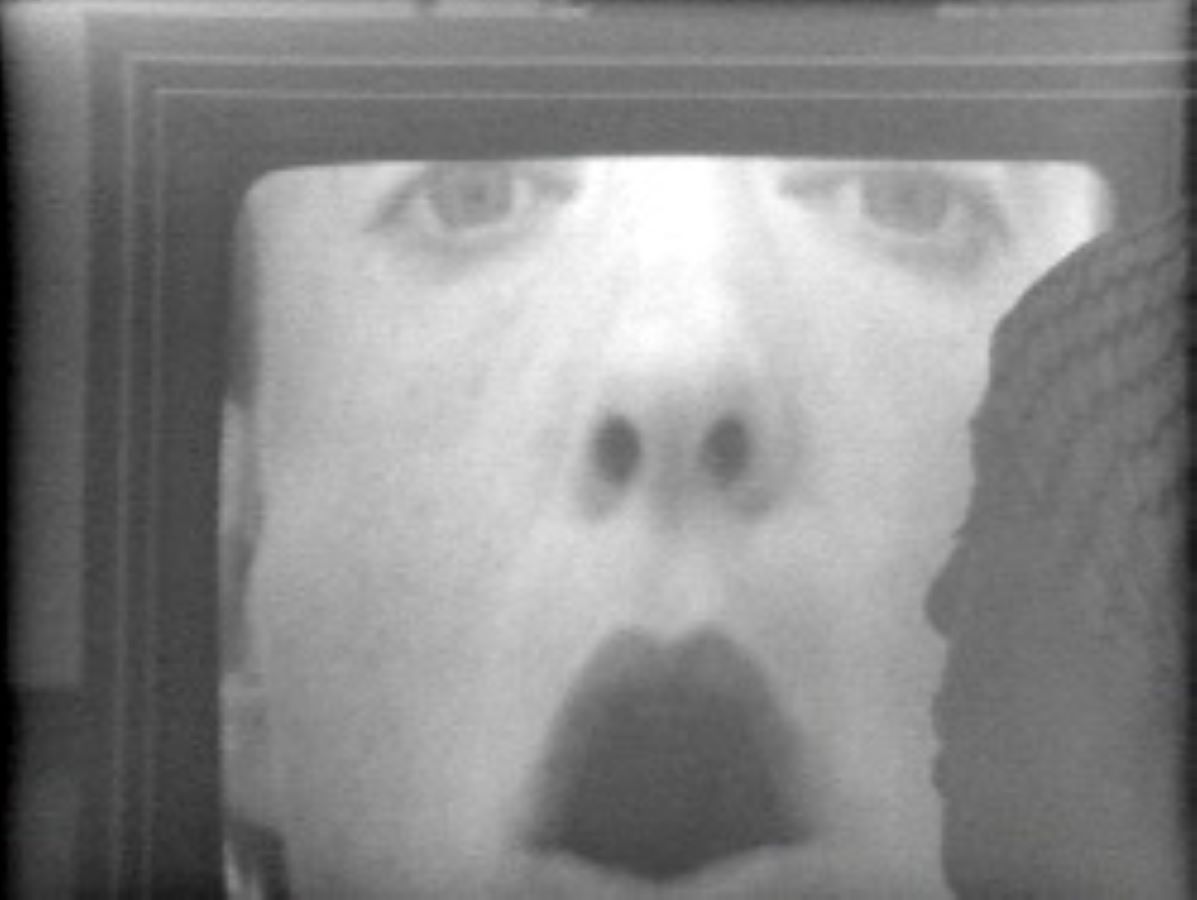 Duet (1972) is one of Jonas’s classic early video performances and was shown during her performances Organic Honey’s Visual Telepathy (1972) and Organic Honey’s Vertical Roll (1972). In this seminal exploration of the phenomenology of video as a mirror and as “reality,” Jonas, face-to-face with her own recorded image, performs a duet with herself by barking and howling along with her own image, which appears on a large monitor.