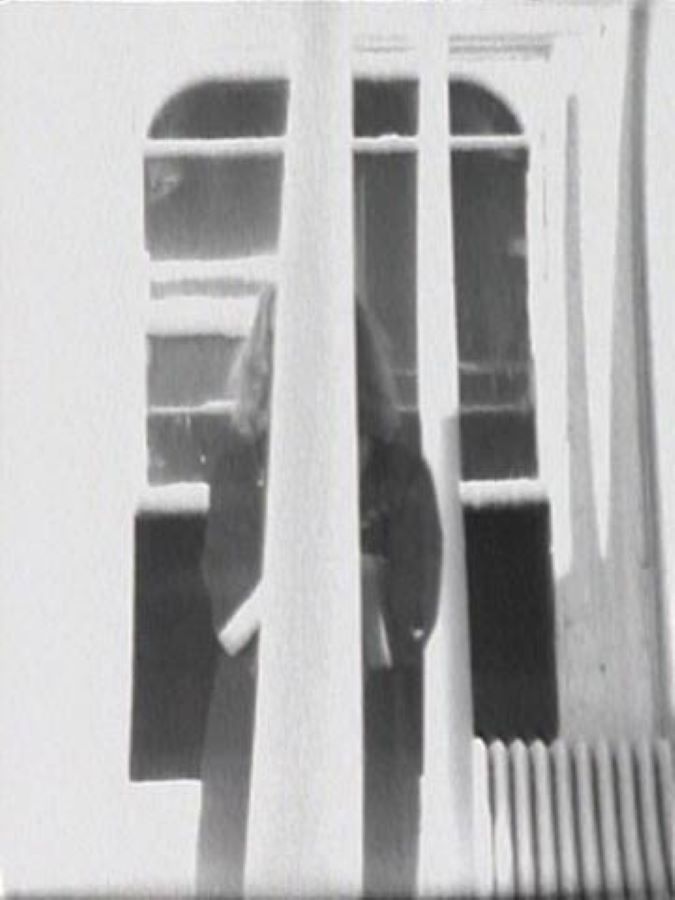 Shot vertically and intended to be shown on a video monitor turned on its side, the video May Windows (1976) is a component of the Mirage performance and installations, as well as the related installation Cones/May Windows (After Mirage) II (1976/2014). May Windows features two tall white cones, barely decipherable in the heightened contrast of the black-and-white video that examines changes in sound and light from Jonas’s home studio. Though the video is purposefully so overexposed that the picture plane becomes void of depth, Jonas nonetheless makes space legible through sound. Jonas whistles while walking around the space, and opens and closes the windows, modulating the sound of the street outside. At another point during the video, James Nares and Jonas vocalize into metal cones.