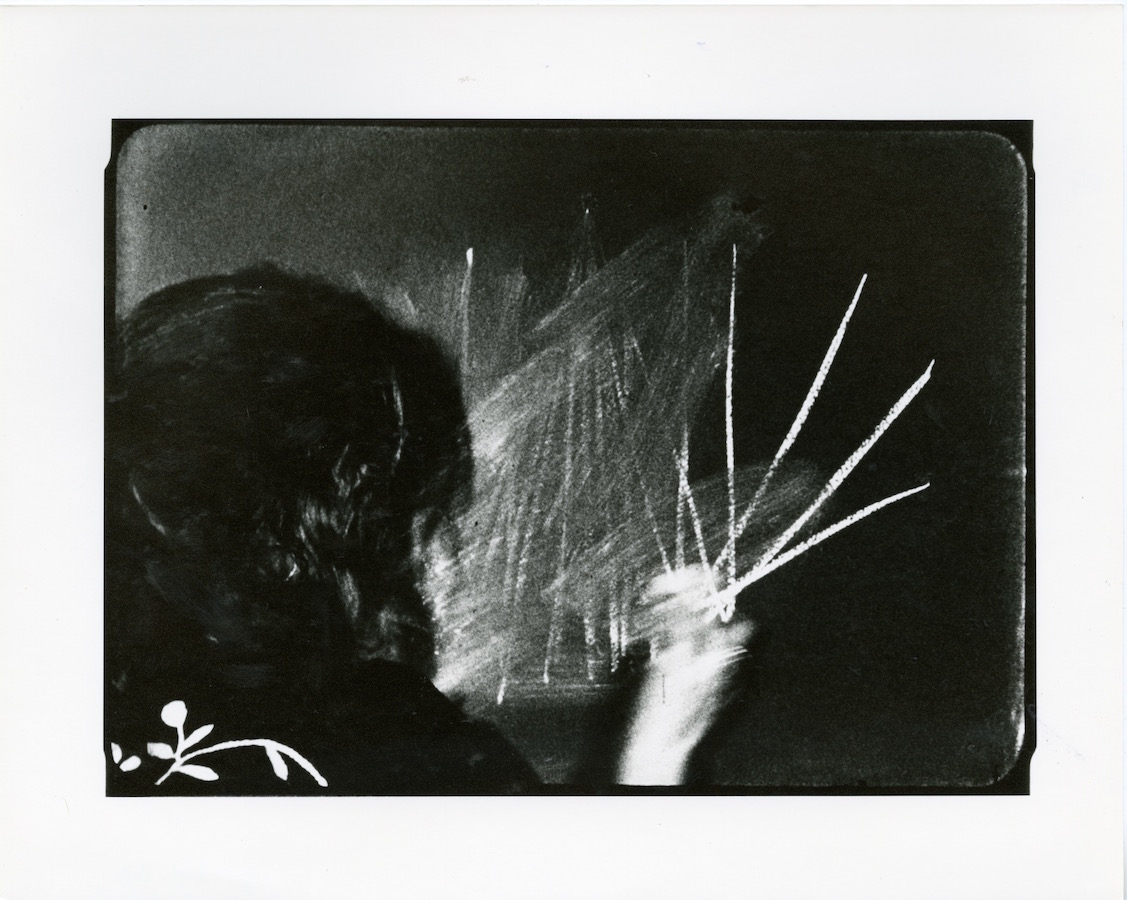 This film depicts Jonas drawing over and again on a chalkboard, erasing each of the drawings when they are finished and then starting over. The drawings are images for “signs of change,” as Jonas refers to them, and include symbols for a storm, a rainbow, a heart, sun, moon, and mirror reflection. The metamorphosis, through erasure, of one chalk drawing into another underscores this theme of transformation. Jonas was inspired to use drawings, in part, through her “reading [of] the essays collected in Spiritual Disciplines [1960].” Among the drawings in the film are what Jonas calls “‘Endless Drawings’ after those described in the Melukean Journey of the Dead, the tribal ritual book of New Guinea. There it says that in order to go from one world to the next you must finish a drawing in sand which an old lady, the devouring witch, begins at the boundary between life and death.” An excerpted version of the film was first projected as part of the performance Mirage (1976) and was about ten minutes long. Later, as part of the installation versions of Mirage, Jonas began to show the complete, unedited footage, in which the drawings are made consecutively, one after another. The full-length film also includes footage shot off of a vertical video monitor and with a horizontal roll, showing Jonas stepping repeatedly through a hoop and performing other actions in her studio. The complete film is also shown as a double projection with Mirage II (1976/2000). 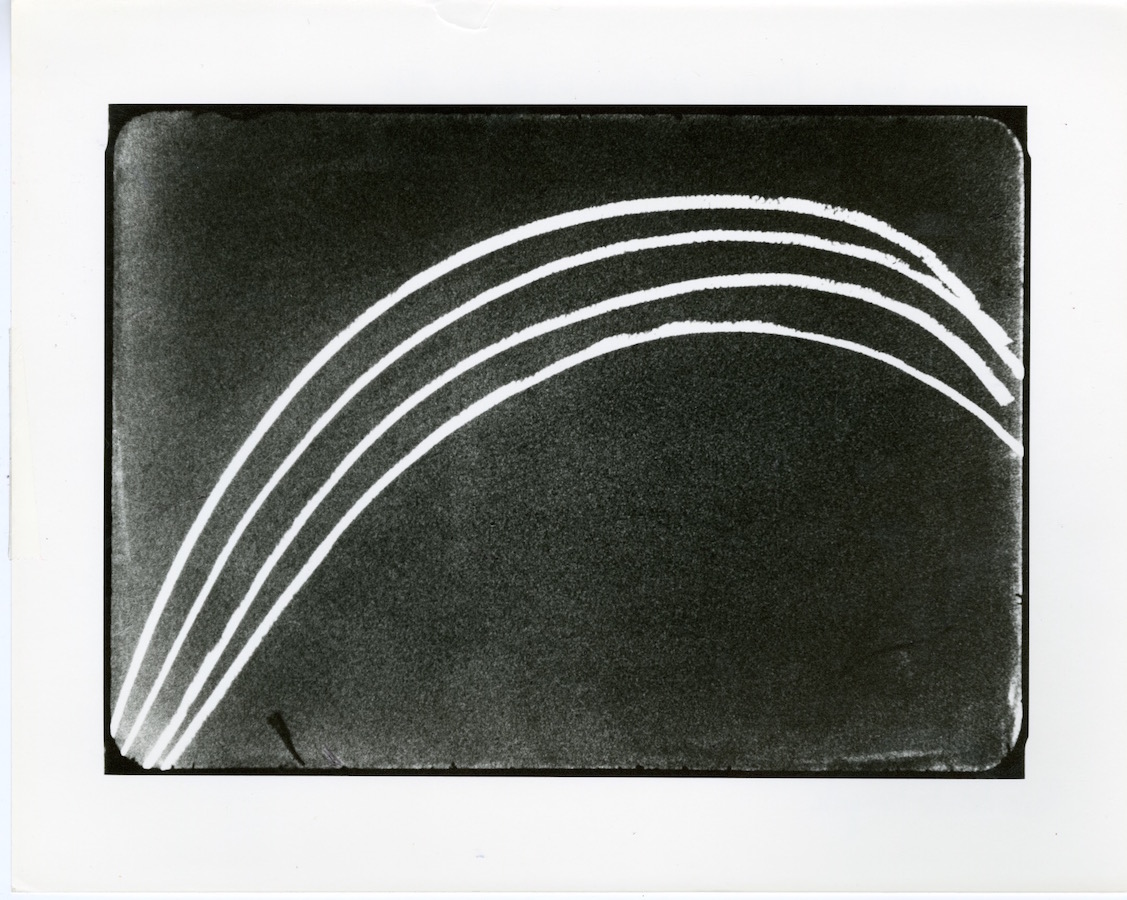 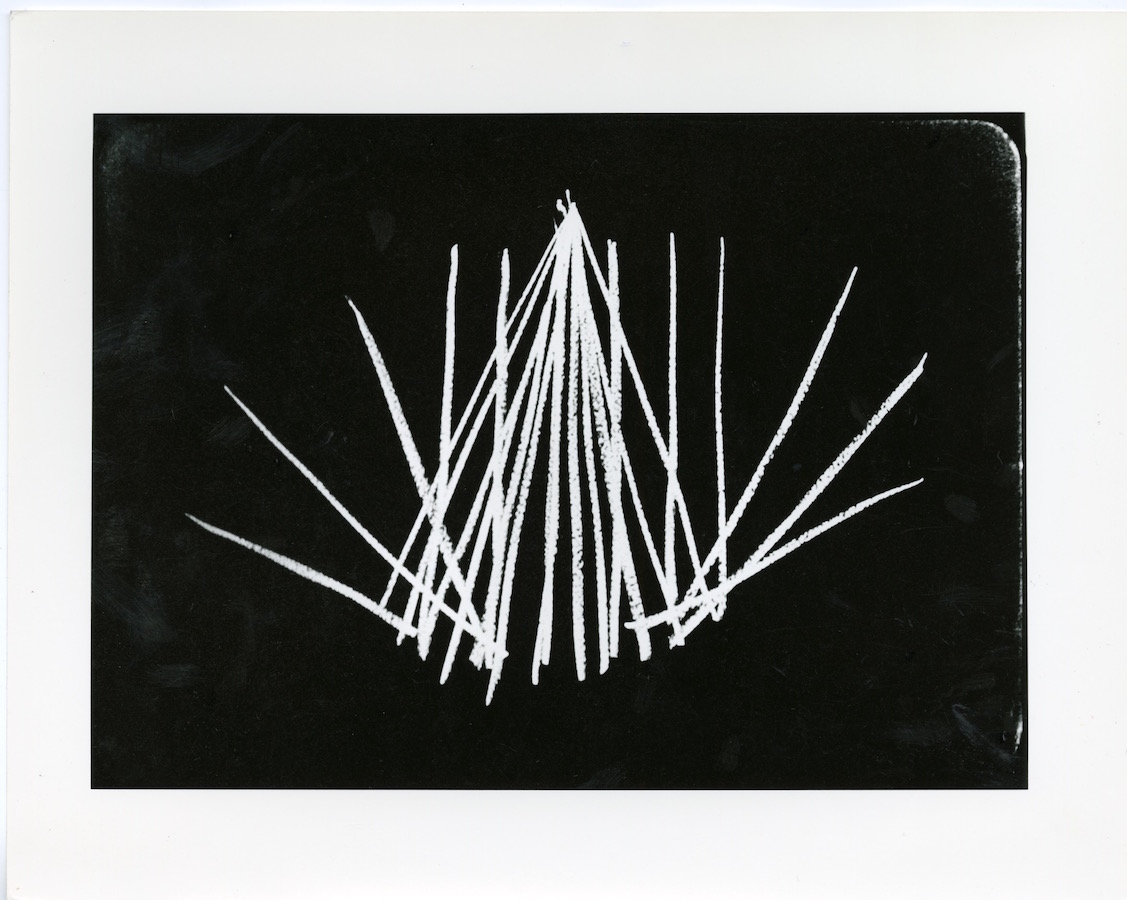 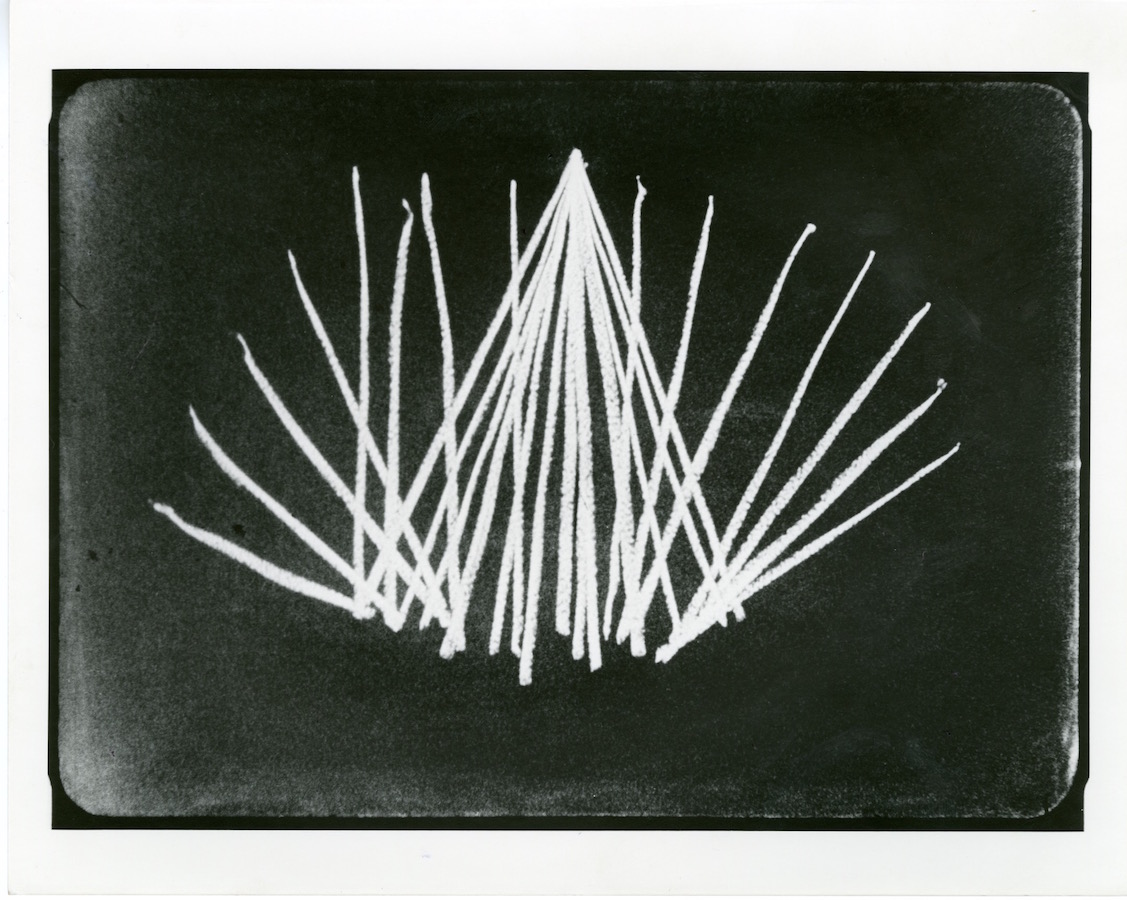 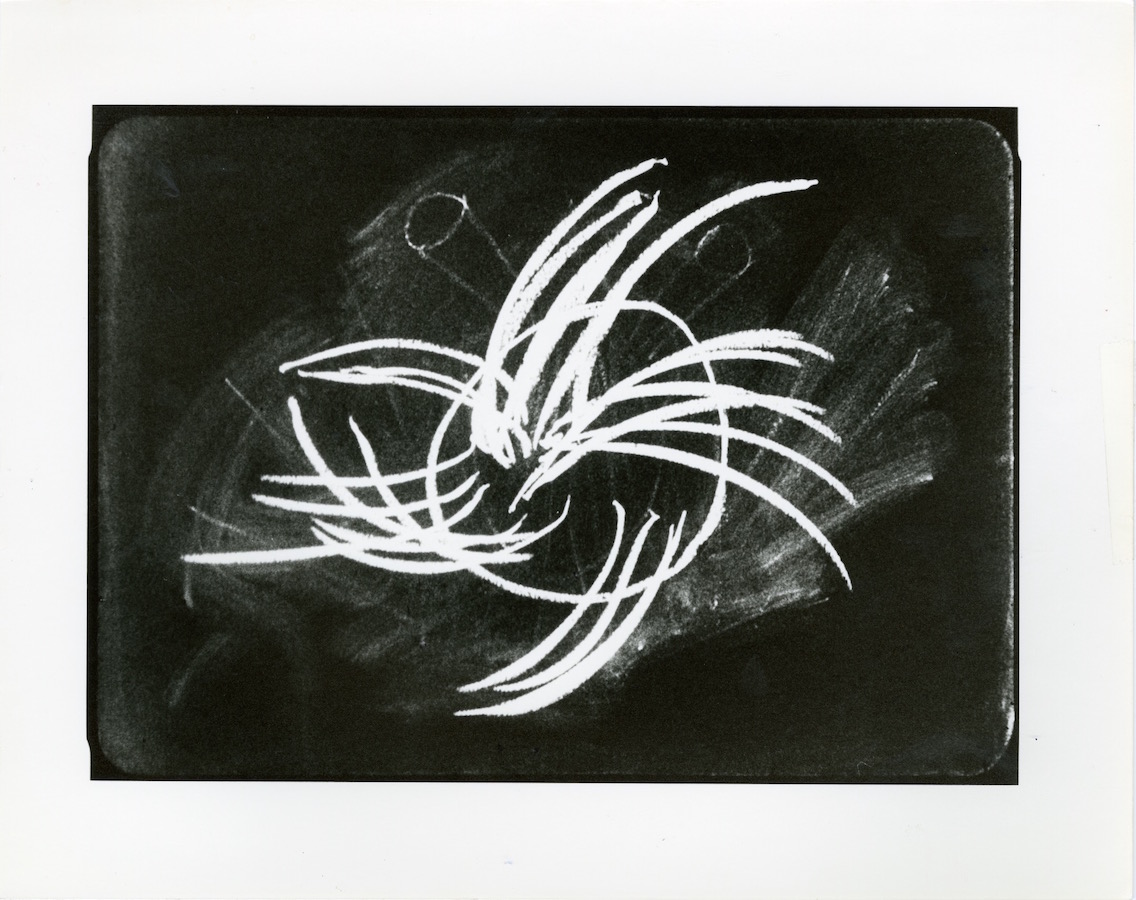 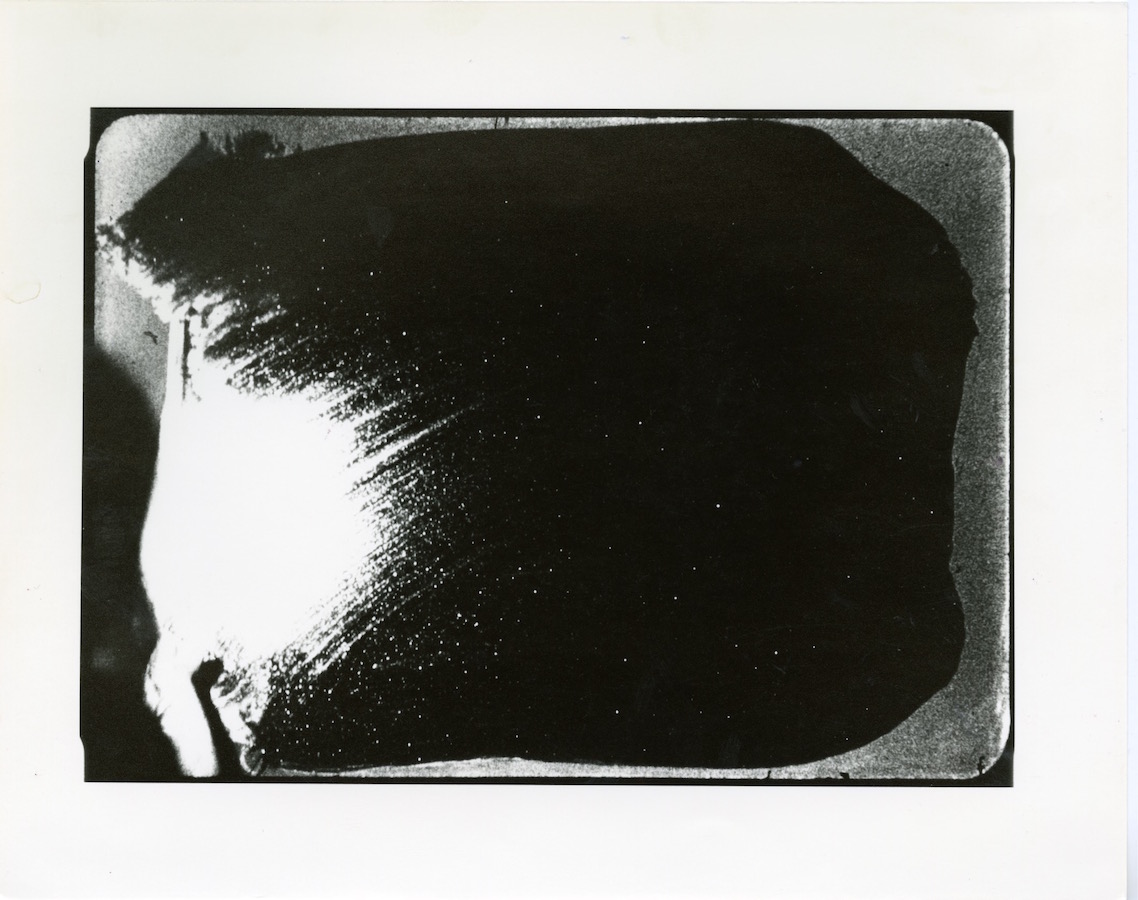 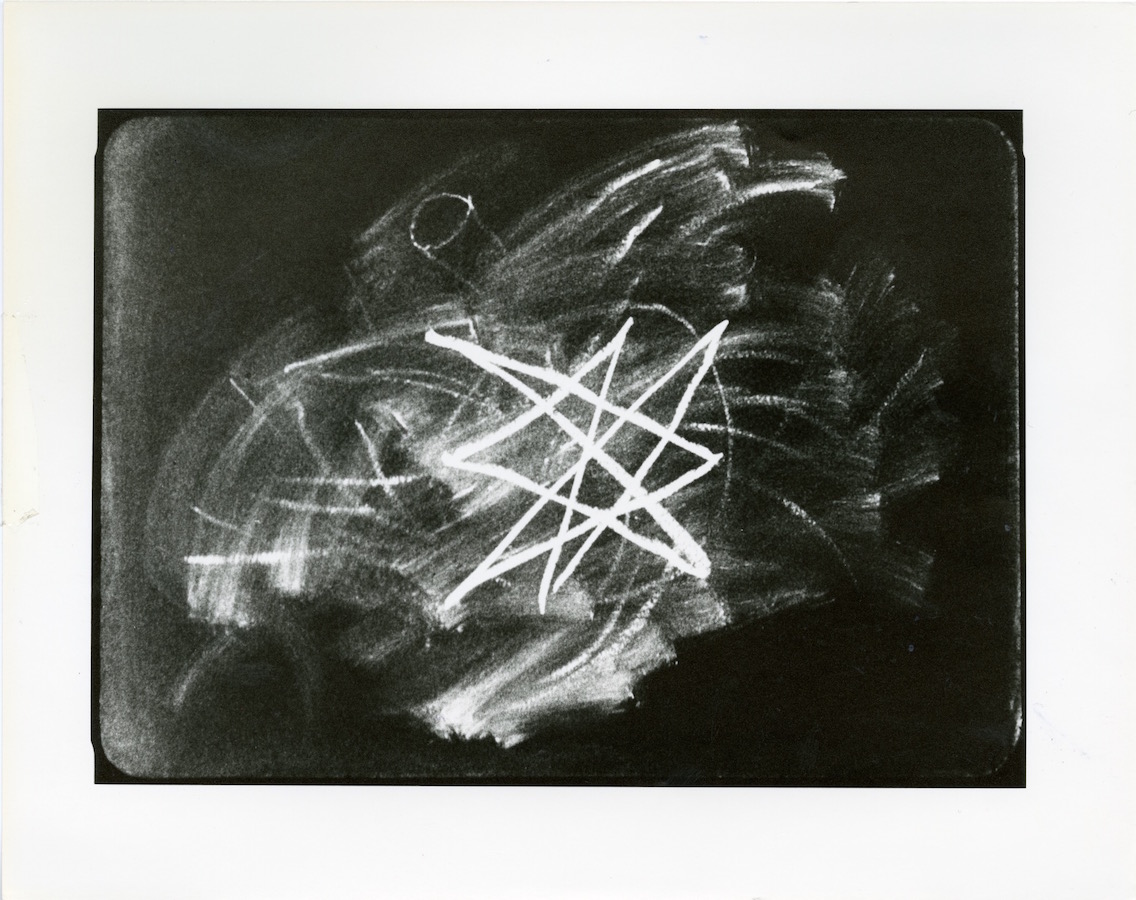 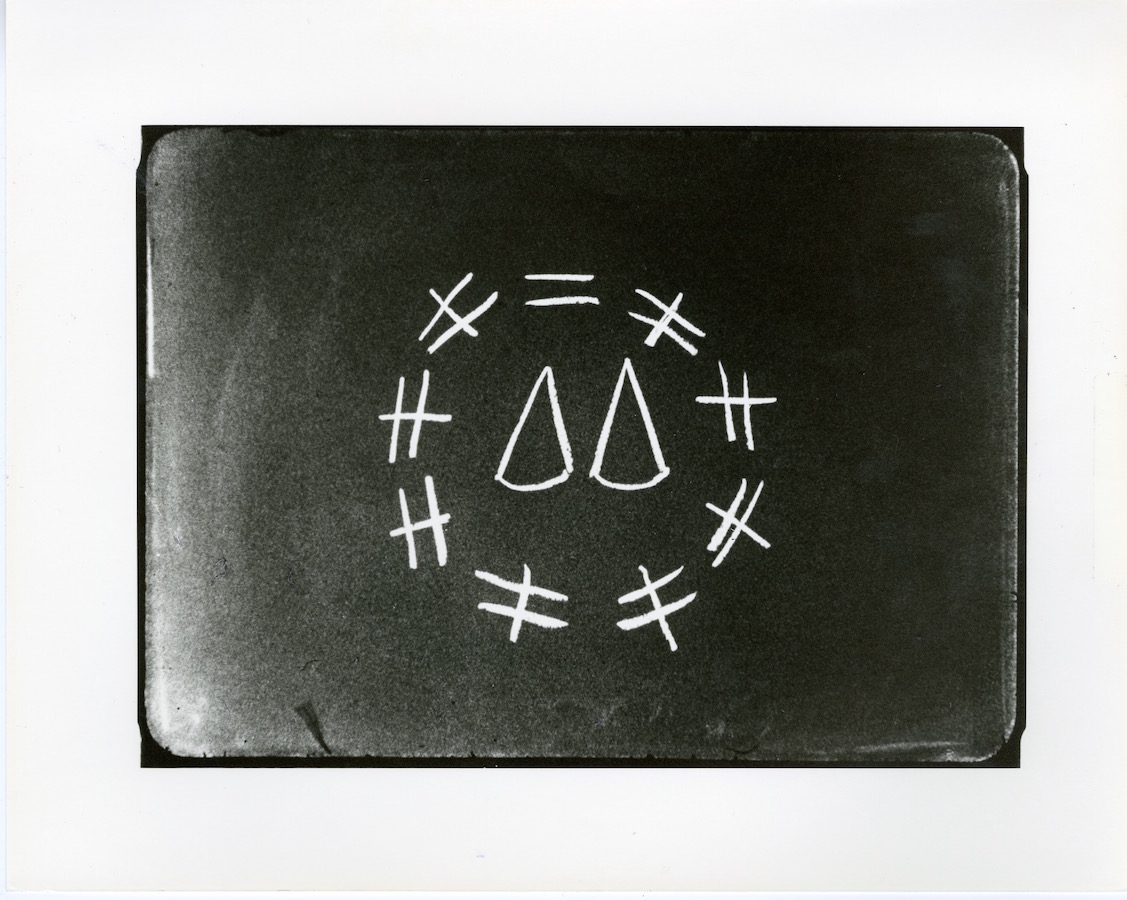 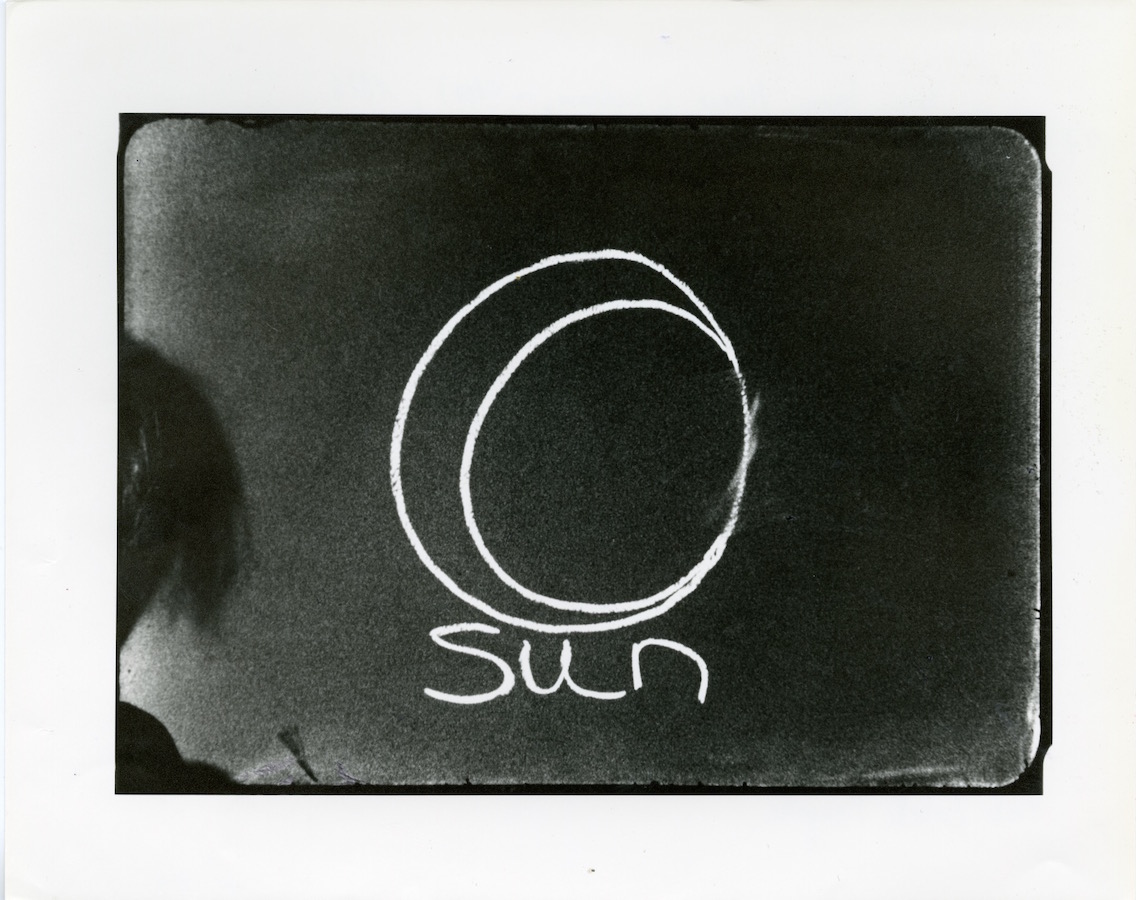 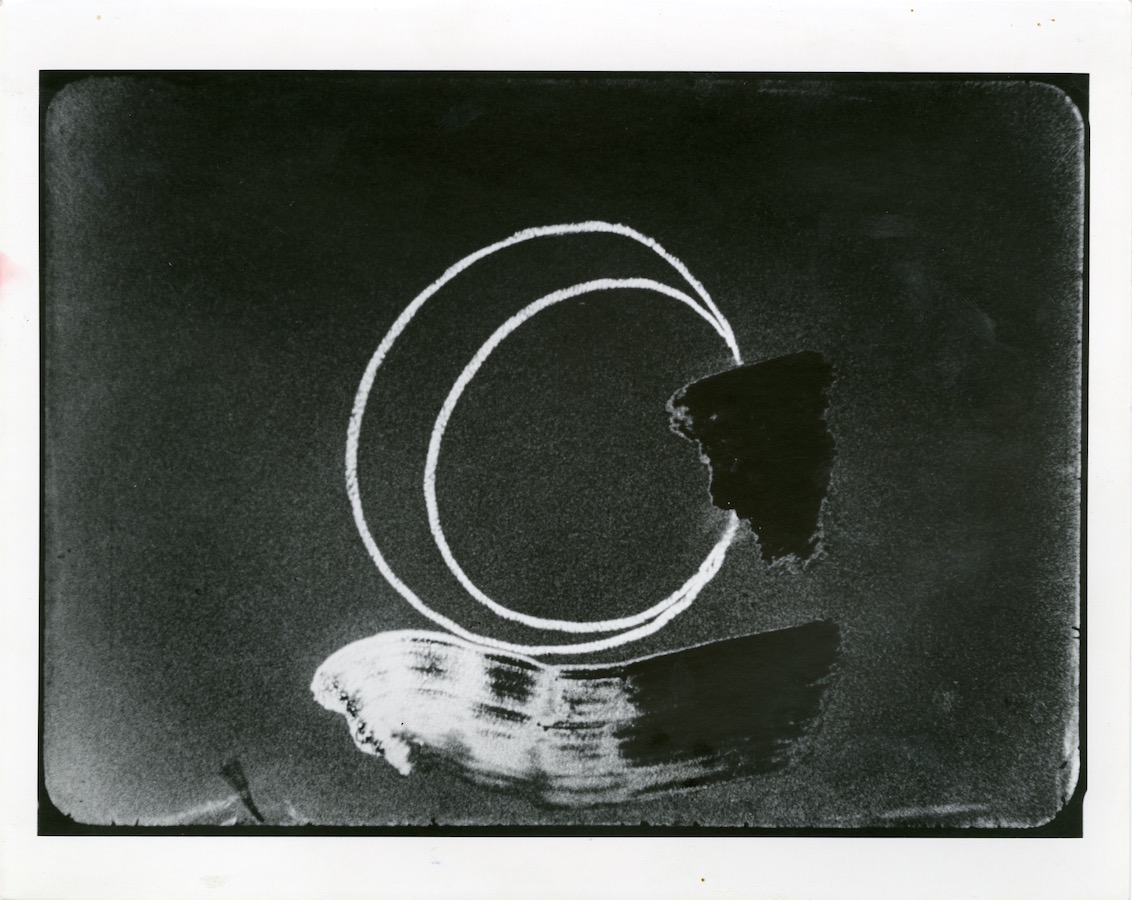 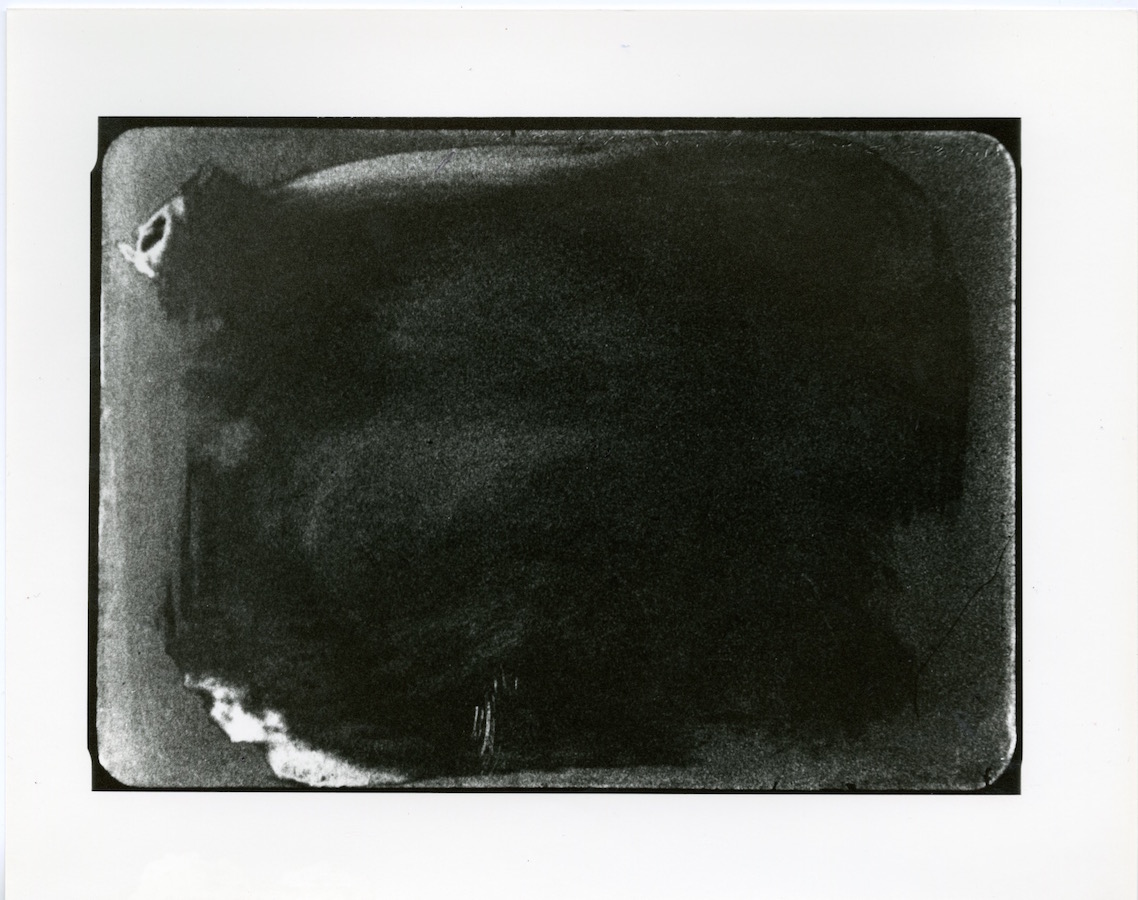 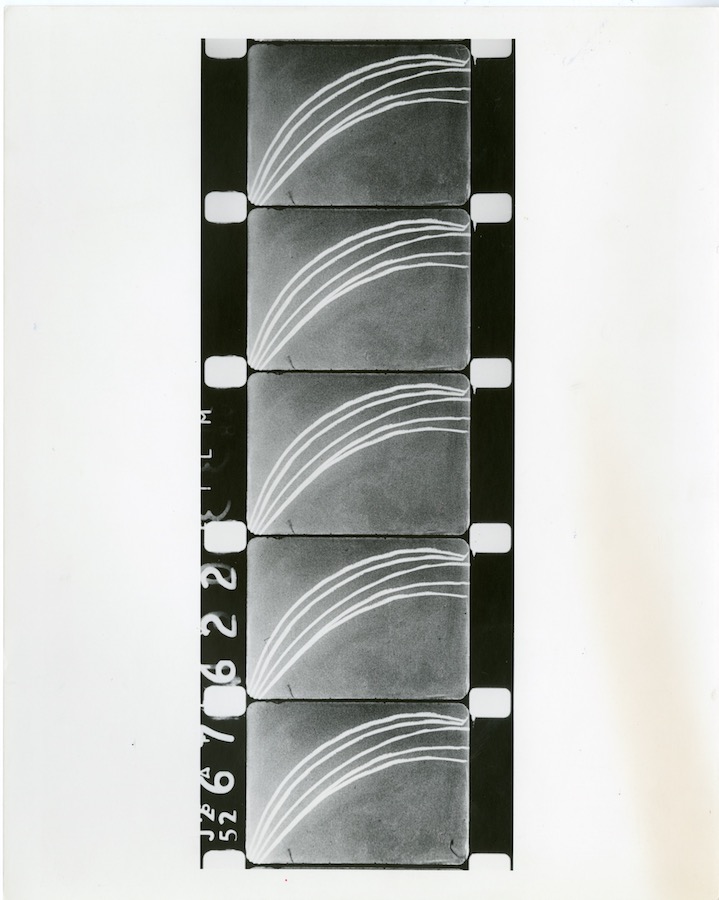