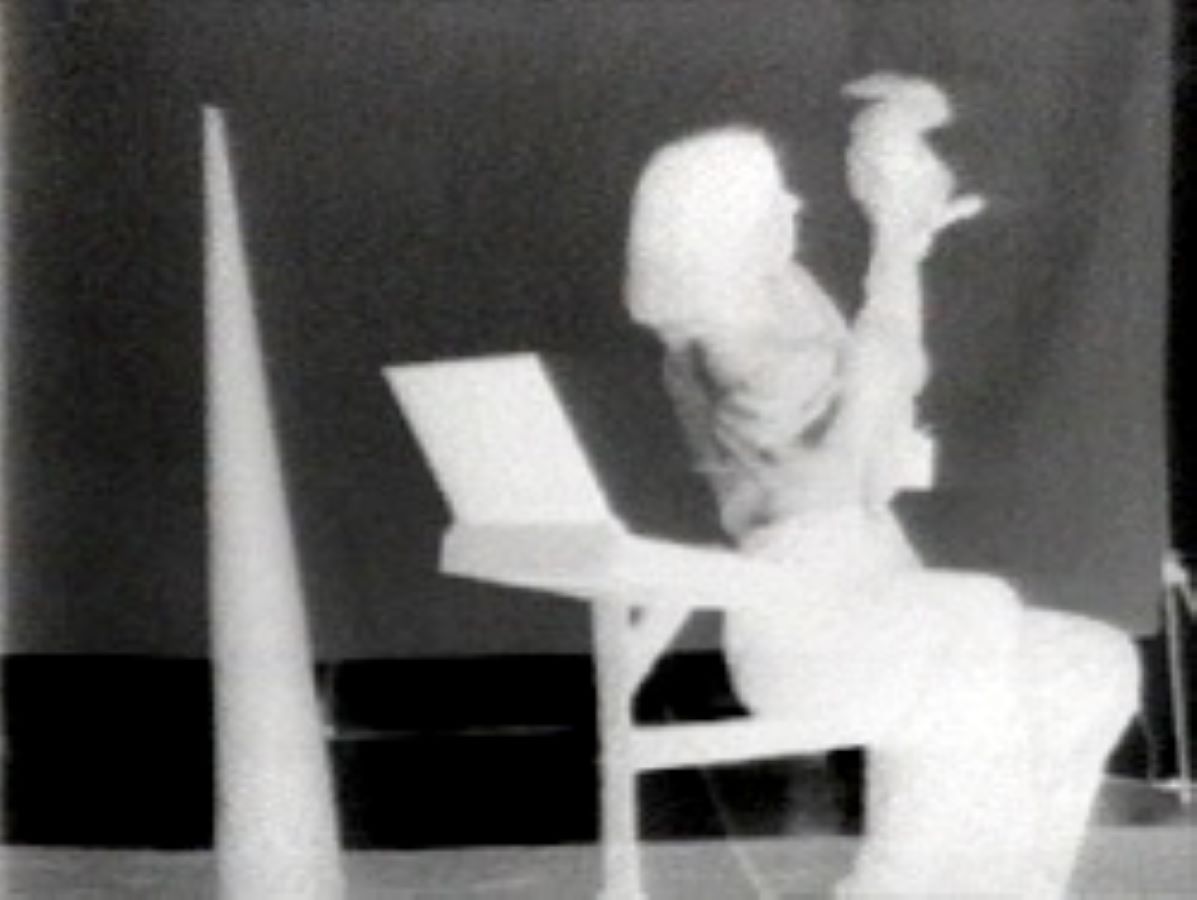 For Mirage II (1976/2000), Jonas edited some newly rediscovered footage dating from around the time of the original Mirage performance into a thirty-minute video. The video combines Funnel (1974) performance documentation, chalk-on-blackboard drawings, footage recorded by Richard Serra of Jonas performing in a Sardinian landscape, commercials and news footage Jonas shot off of the television in the 1970s, and previously unseen documentation of Jonas and Pat Steir improvising with metal cones at night on empty streets in downtown Manhattan. This new montage, which was created in 2000 and first screened at Dia Center for the Arts in New York, was made to be simultaneously projected with the film Mirage I (1976), which included the entire drawing film as well as footage of Jonas stepping through a hoop and performing other actions in her studio. In 2000, for her retrospective exhibition at Galerie der Stadt, Stuttgart, Jonas added Mirage II to her installation version of Mirage (1976/1994) for the first time, and the video remains a part of the current installation version of Mirage (1976/1994/2005), in the collection of the Museum of Modern Art, New York. The video is also a component of the related installation Mirage (1976/2001), in the collection of the Whitney Museum of American Art, New York.