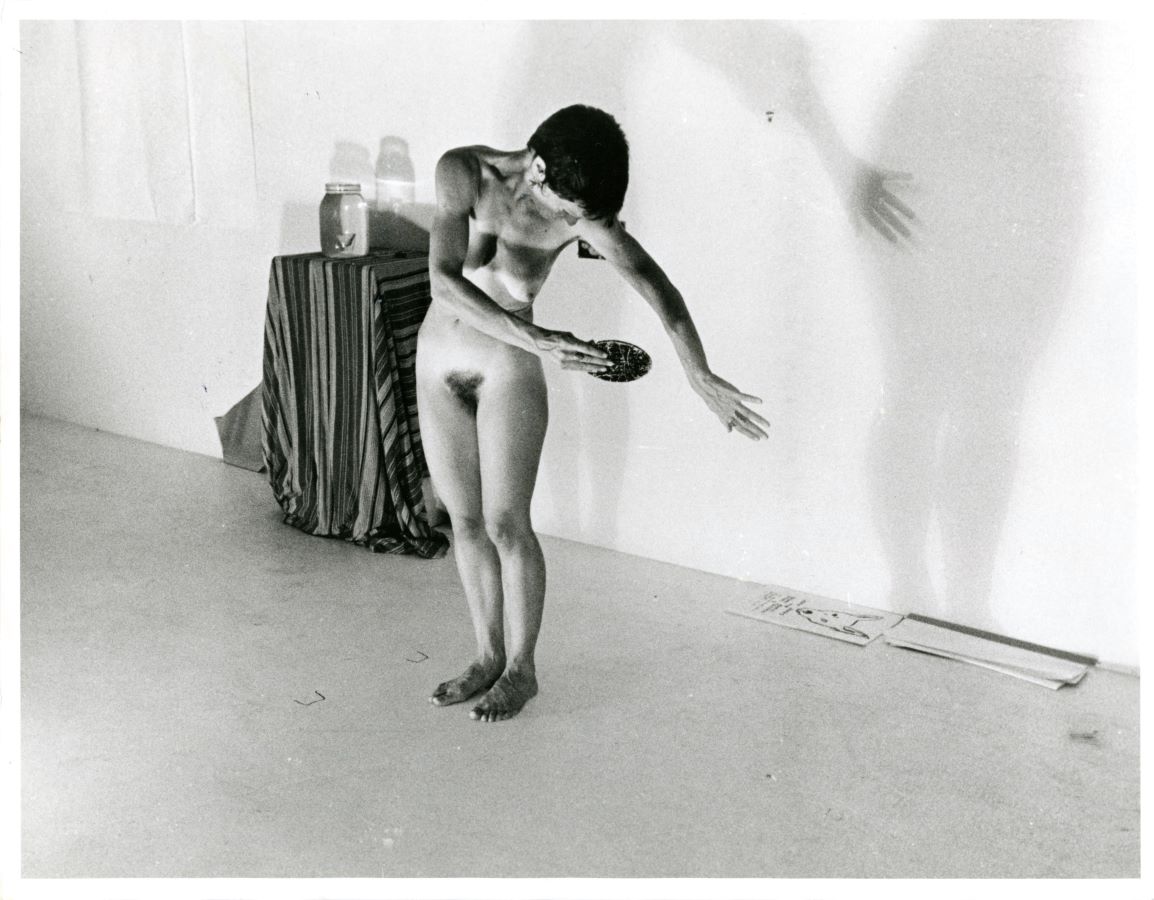 Mirror Check (1970), an independent work which was initially performed as part of Mirror Piece II (1970), became a part of Organic Honey’s Vertical Roll (1972) with Jonas enacting it at the start of each performance. In it, Jonas stands naked, twenty or forty feet from the audience (the distance varies according to each venue). Beginning with her face, Jonas slowly inspects her entire body using a small, round mirror, moving from left to right, as she works her way down. Mirror Check is one of the few performances where Jonas appears in the nude, and which, in time, she has taught other younger performers to reperform.