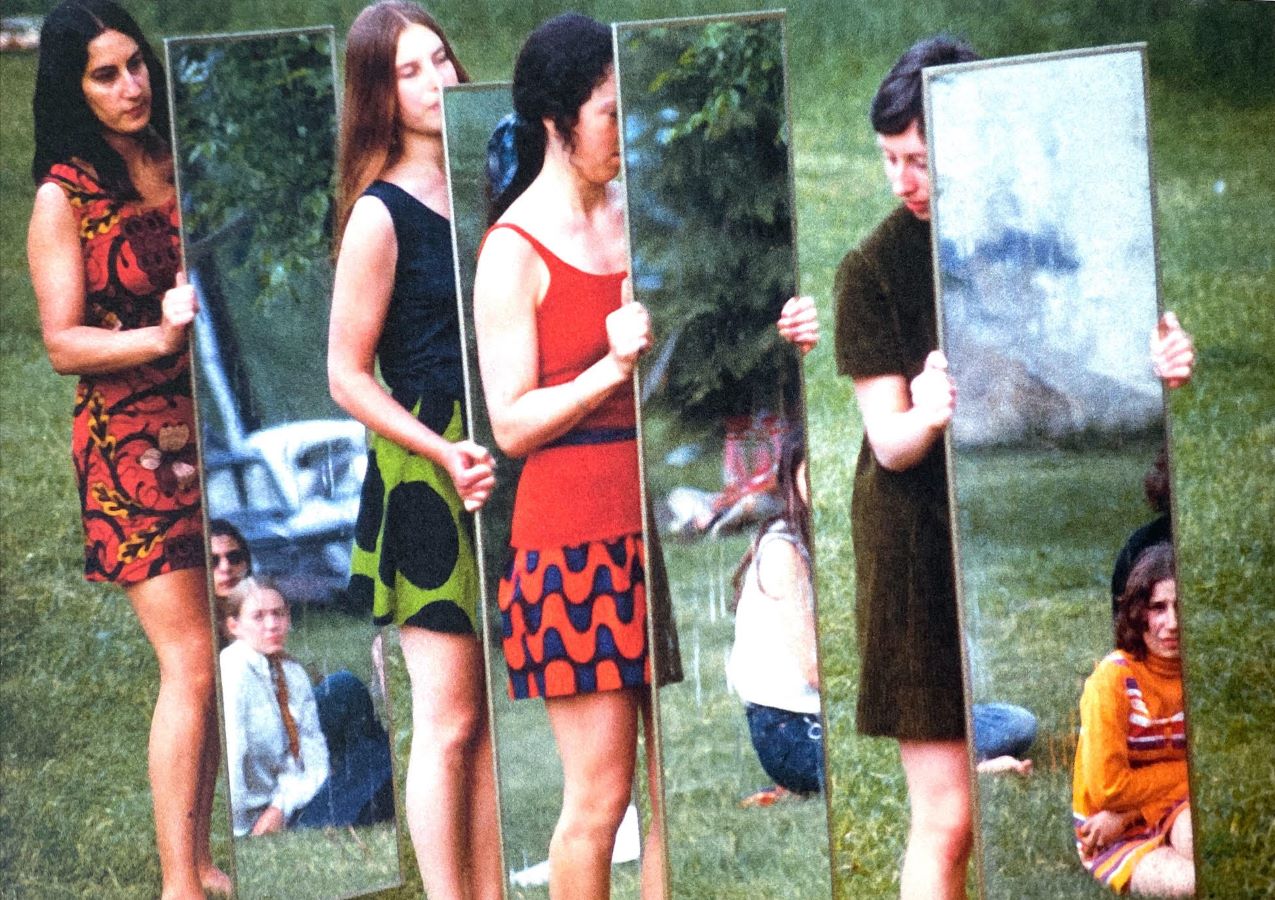 Mirror Piece I and II (1969 and 1970) are part of a large group of works that Jonas refers to as Mirror Pieces (1968–71) for the ways in which they activate mirrors as a performative device. In these works, the mirrors fragment the audience’s perception of space and create a field of reflection that places the viewer within the performance taking place before them. In Mirror Piece I a group of women holding standard full-length mirrors move in a zigzagging choreography. They hold each mirror so that it faces the audience and captures their reflections. While the choreography takes place, two men in suits walk between the women, occasionally lifting them up, carrying them and then putting them down in a new place. Jonas is carried in, dressed in a blue-and-gold satin robe. She is moved from spot to spot, while maintaining her body as a stiff, horizontal plane. The piece ends with the women, men, and Jonas all lying on the floor, the women concealed behind their mirrors. Mirror Piece II includes similar patterned movements, but this time the performers carry heavier mirrors and large pieces of glass while engaging in a range of activities that include two performers (and man and a woman) wrestling with a mirror, two pairs of women leaning against each other with plates of glass sandwiched between them and rolling over slowly, while lying on the floor, so as not to break the glass, and performers caressing the audience’s reflections. The large, unwieldy objects must be handled carefully so as not to break. During this performance, an audio recording of Jonas reading David Antin’s poem, “a list of the delusions of the insane: what are they afraid of” (1968) is played. Mirror Piece II became part of a later Organic Honey performance: Jonas performed Mirror Check (1969), which originated as part of Mirror Piece II, as part of her performance Organic Honey’s Vertical Roll (1972).