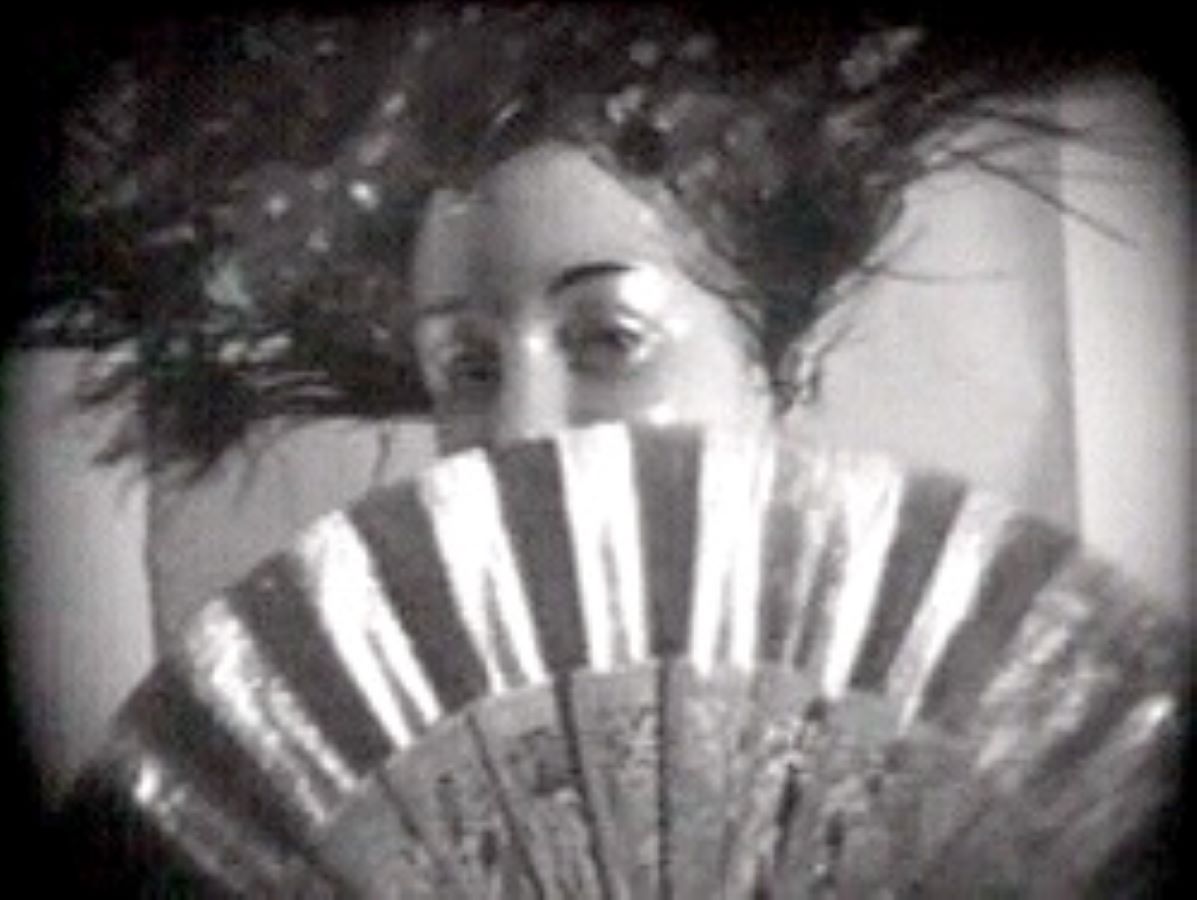 Widely considered one of the most significant contributions to the history of video art for the ways it integrates the live transmission and feedback properties of the video camera and combines previously recorded footage with live performance, Organic Honey’s Vertical Roll (1972) is a performance first presented at Ace Gallery in Los Angeles in 1972. The video Organic Honey’s Vertical Roll (1973–99) comprises edited video documentation of a performance by the same name and made for the camera that took place at Leo Castelli Gallery in New York in 1973. The video was edited, in part, from the Organic Honey Unedited Video Footage (1973). In the documentation from 1973, Jonas performs as her alter ego Organic Honey using many of her signature devices including mirrors and masks. As she performs, a camera continuously records and transmits her activities onto a monitor, in real time, creating a layered sequence of movements that are repeated across the space-time of the performance and subsequent recording. Together, the camera, monitor, and performers present the audience with numerous perspectives, so that the performance can be seen from multiple angles and points of detail. Two cameras, one stationary and one handheld, capture Jonas’s activities as she moves around the set. In addition to the complex staging of live action, the performance Organic Honey’s Vertical Roll includes the previously recorded videos Duet (1972) by Jonas and Richard Serra’s Anxious Automation (1971). As with the other works in the Organic Honey suite, Jonas continues to explore her masked alter ego and the female psyche in Organic Honey’s Vertical Roll, this time moving from a muted inspection of her own naked body with a mirror, to howling into a microphone, and eventually, changing into various items of clothing and masks. Among her performative activities, Jonas creates drawings while her image is captured by video cameras and by mirrors that have been set up as part of the staging of the piece, creating multiple reflective surfaces that refract and fragment Jonas’s presence. The video was later included as a component of the installation Organic Honey’s Visual Telepathy / Organic Honey’s Vertical Roll (1972/1994).