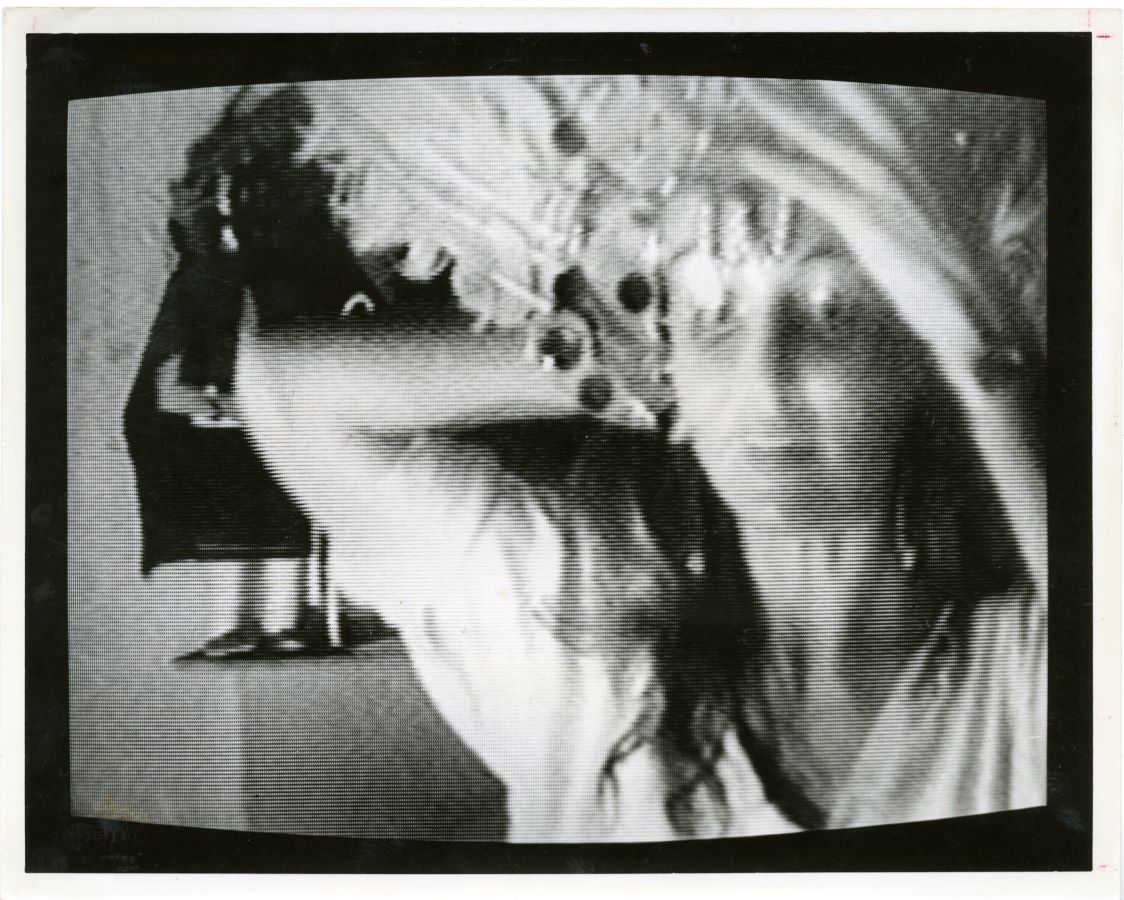 Organic Honey’s Visual Telepathy (1972) is Jonas’s first autonomous video work as well as the first iteration of the material that would become Jonas’s performance of the same name. The video was later included as a component of the installation Organic Honey’s Visual Telepathy / Organic Honey’s Vertical Roll (1972/1994). In this video, Jonas performs as herself and as her masked double, the character Organic Honey. As a mythic being of Jonas’s own making, Organic Honey expresses numerous ancient and contemporary representational tropes of femininity. To create the fictitious character, a female alter ego whose guise is a doll’s face, Jonas purchased a semi-transparent mask at a shop selling erotica. As Organic Honey, Jonas also wore a green beaded chiffon dress, high-heeled ankle-strap shoes, and a peacock-feather headpiece. The artist filmed the video at 112 Greene Street, and invited Sol LeWitt to bring his class to watch the making of the piece. Jonas set up a table on which she arrayed a number of props and objects from her home including an old doll, a purse, a silver spoon, a glass jar of water, a shot glass, mirrors, a hammer, and several masks. Throughout the piece, Jonas engages with these objects, hums, sings, and makes drawings for the camera. The video explores themes that are emblematic of Jonas’s early work: the mirror as a doubling device, the exploration of female archetypes and psyche, the use of disguise and masquerade, the performative, ritual use of objects and their magical properties, and self-examination. For the first time, Jonas assumes a central, solitary role in Organic Honey Visual Telepathy, exploring the persona of her alter ego through a series of gestures.