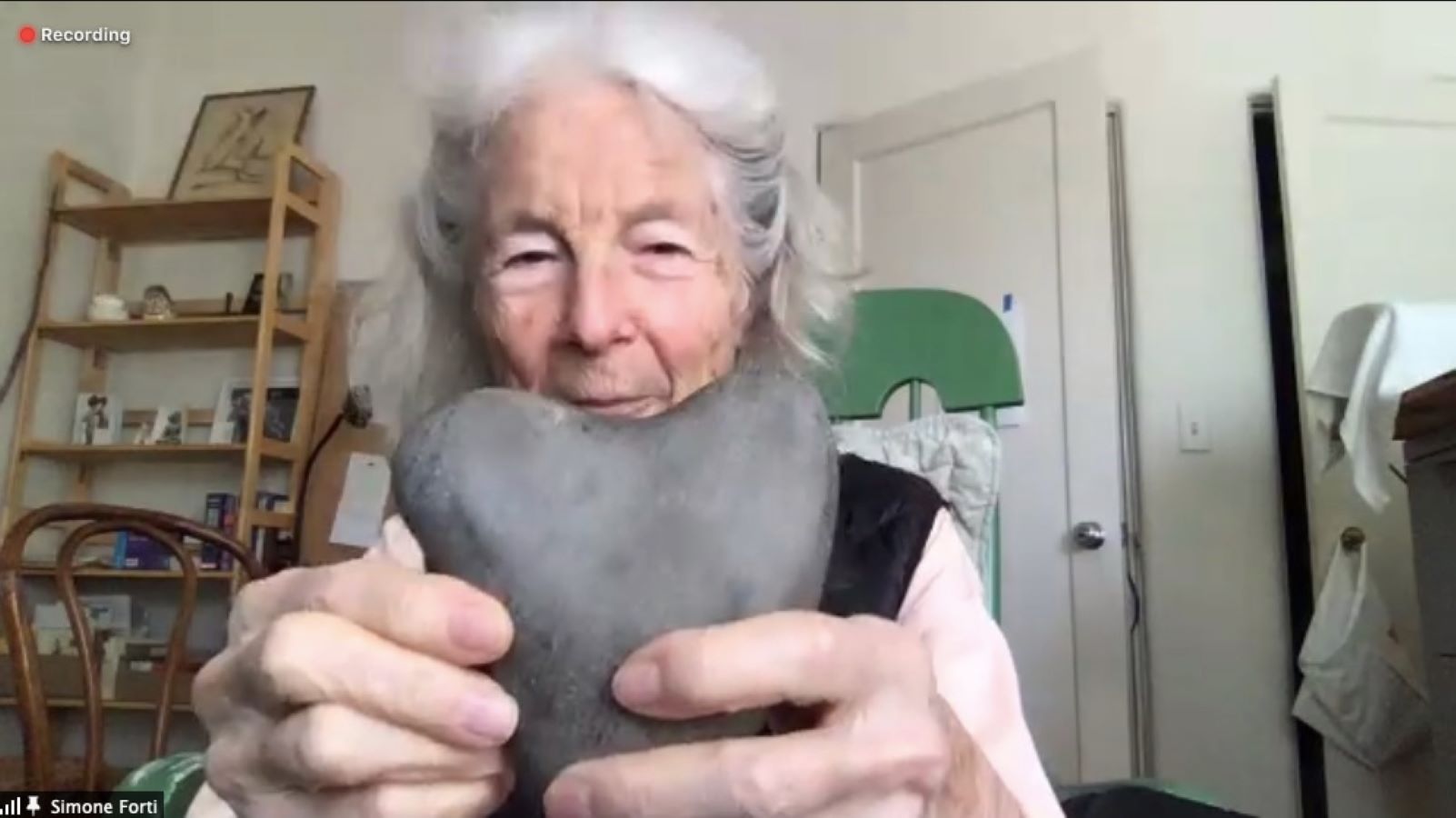 Simone Forti is an American-Italian artist, choreographer, dancer, and writer. Since the 1950s, Forti has been an innovator in Postmodern dance and has exhibited, performed, and taught internationally. This interview focuses on Forti’s relationship with Joan Jonas and Jonas’s work in the early seventies.

The interview begins with Forti explaining how and when she met Joan in the early 1970s. She states that she first met Jonas during a trip to Italy and was then invited by her to spend a summer in Cape Breton, where the two became close. Forti speaks about seeing Jonas perform in Rome at the Festival di musica e danza Contemporanea in 1972. This turns into a conversation about her memories of seeing Jonas perform Mirage in 1976 at the Kitchen in New York. Forti also wrote a poem about this performance, which was eventually published in the catalogue from Jonas’s 1994 exhibition at the Stedelijk Museum. Next, Forti speaks about her memories of seeing Mirror Piece and Organic Honey. Then the interview shifts focus to Forti’s approach to her work compared with Jonas’s: she believes she has a more precise approach while Jonas’s is more naturalist. Forti notes differences in how the two use props, explaining that she sees her relationship with props as casual and spur-of-the-moment relative to Jonas’s. The interview circles back to Forti’s memories of Jonas, working on her “miniature theaters” in Cape Breton, and how Nova Scotia landscapes and music were influential for Jonas. The interview ends with Forti speaking about her travels to see Jonas’s exhibitions in Montreal and her love of Jonas’s fish drawings.