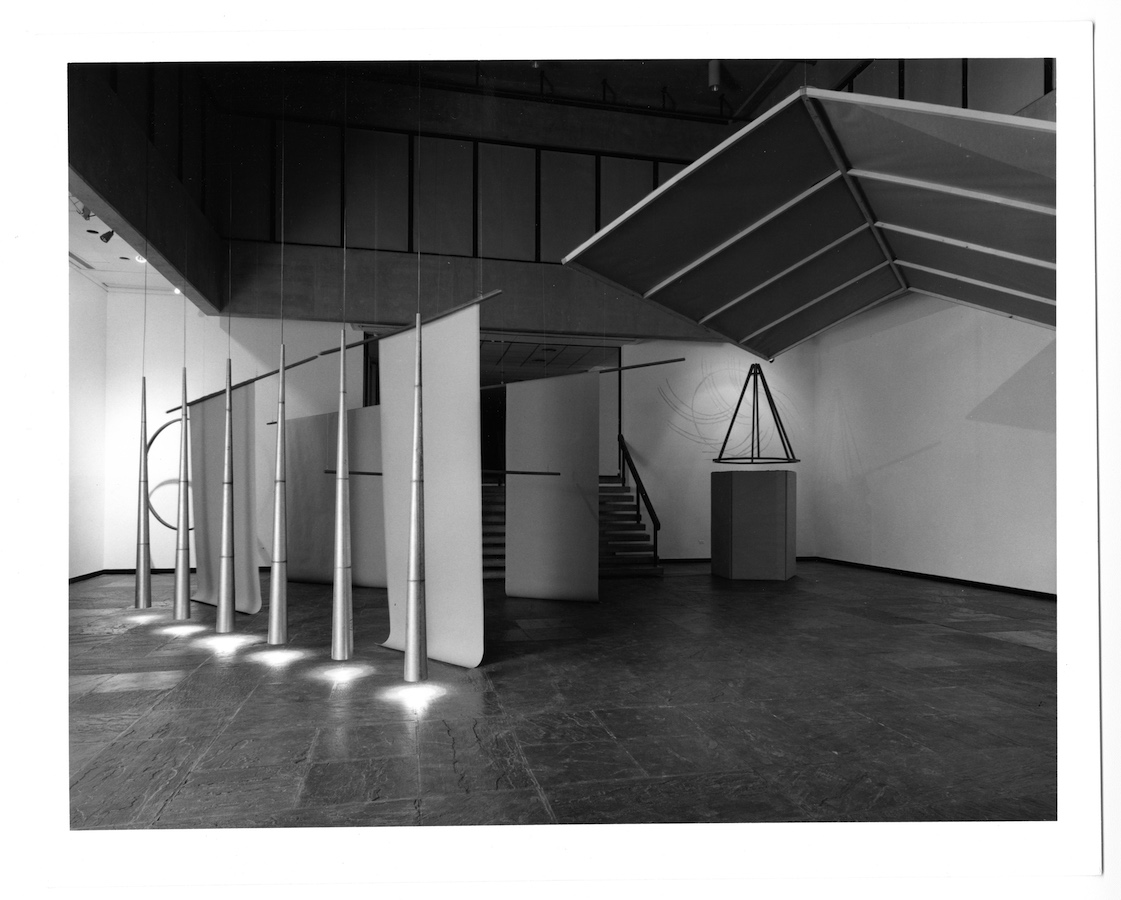 Jonas created Stage Sets for her first solo exhibition, which was held at the Institute of Contemporary Art (ICA), University of Pennsylvania in Philadelphia. Composed of elements from several different performance works, including Funnel (1974) and Mirage (1976), Stage Sets was what Jonas referred to at the time as an “environment”. Suspended paper walls, punctuated with horizontal rods, receded toward a hoop, as in the set for Funnel. Metal cones, like those used in Mirage, were also suspended from the ceiling, directing light into pools on the floor. Other components included replicas of an accounting chair Jonas used in Organic Honey, a ladder, a suspended rooflike structure, a tall, mirrored compartment topped with a red, open-frame conical form, a large, sloped table with drawings, and a mirror with a mechanical moth toy. Jonas also included wall drawings related to those that appear in the film and performance Mirage (1976). The ICA billed the exhibition as “an environment and four events,” a five-part program comprising the environment Stage Sets (1976), and four related events: a performance of Mirage (1976); the premiere performance of The Juniper Tree (1976), commissioned by the ICA for an audience of children; a screening of Jonas’s films; and continuous daily screenings of a program of Jonas’s videos. In 2018, Jonas reconstructed Stage Sets (1976/2018) at Tate Modern, London. Dia Art Foundation, New York, acquired the installation Stage Sets (1976/2018) in 2019.