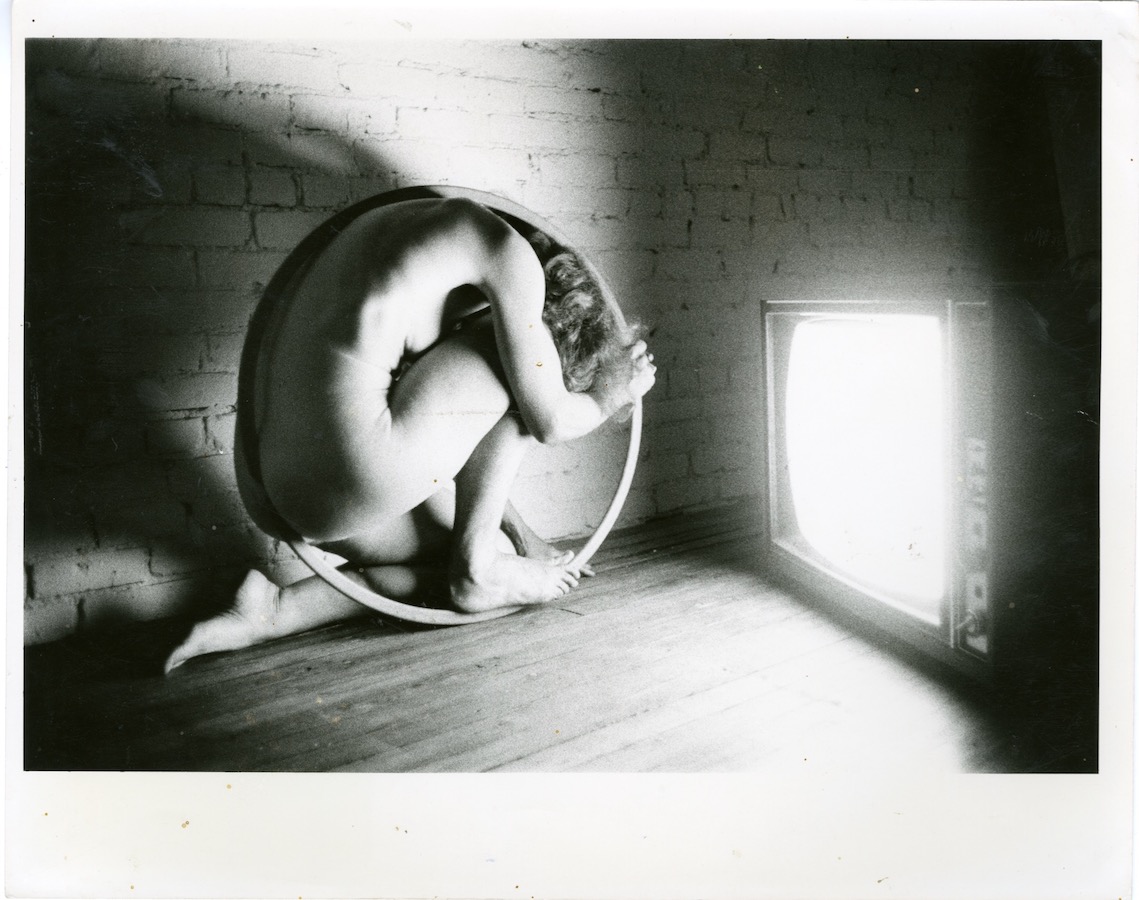 Twilight (1975) is a performance with film and video that first took place at Anthology Film Archives in New York and was specifically created for that space. It includes the participation of four performers, as well as a camera operator. The performers, including Jonas, engage in a range of activities such as sitting and watching a video tape, enacting a drama together, whispering through small paper cones, telling stories of adolescent sexual encounters, playing an aggressive game of “Scissors, Paper, Rock,” and drawing on a blackboard, some of which are relayed through a closed circuit system to a monitor on the left side of the stage. In the center of the set, there is a movie projection screen whose shape can be controlled mechanically to switch between horizontal and vertical formats, and which becomes transparent when the space behind it is illuminated. There are also two monitors that are each connected by a closed-circuit system to a video camera. One live camera films the actions behind the screen, relaying them to the monitor to the left of the screen. On the opposite side of the stage is another live camera trained on the space directly behind a second monitor, a setup Jonas intended to create the effect of a “transparent” monitor through which the audience could see the performer seated behind. The small monitors occasionally flicker with a blue light, while a central white spotlight makes the screen opaque. Towards the end of the performance, lit only by the monitors, Jonas balances on her hips, with her legs extended, and begins to make a motion as though she were swimming and then dances frenetically. These actions are performed in the nude while, behind the screen, the other performers enact a soap opera, spin, and shout. The performance ends when Jonas enters into an embryo position and rocks back and forth while three performers in chadris sing in low tones and slowly turn.