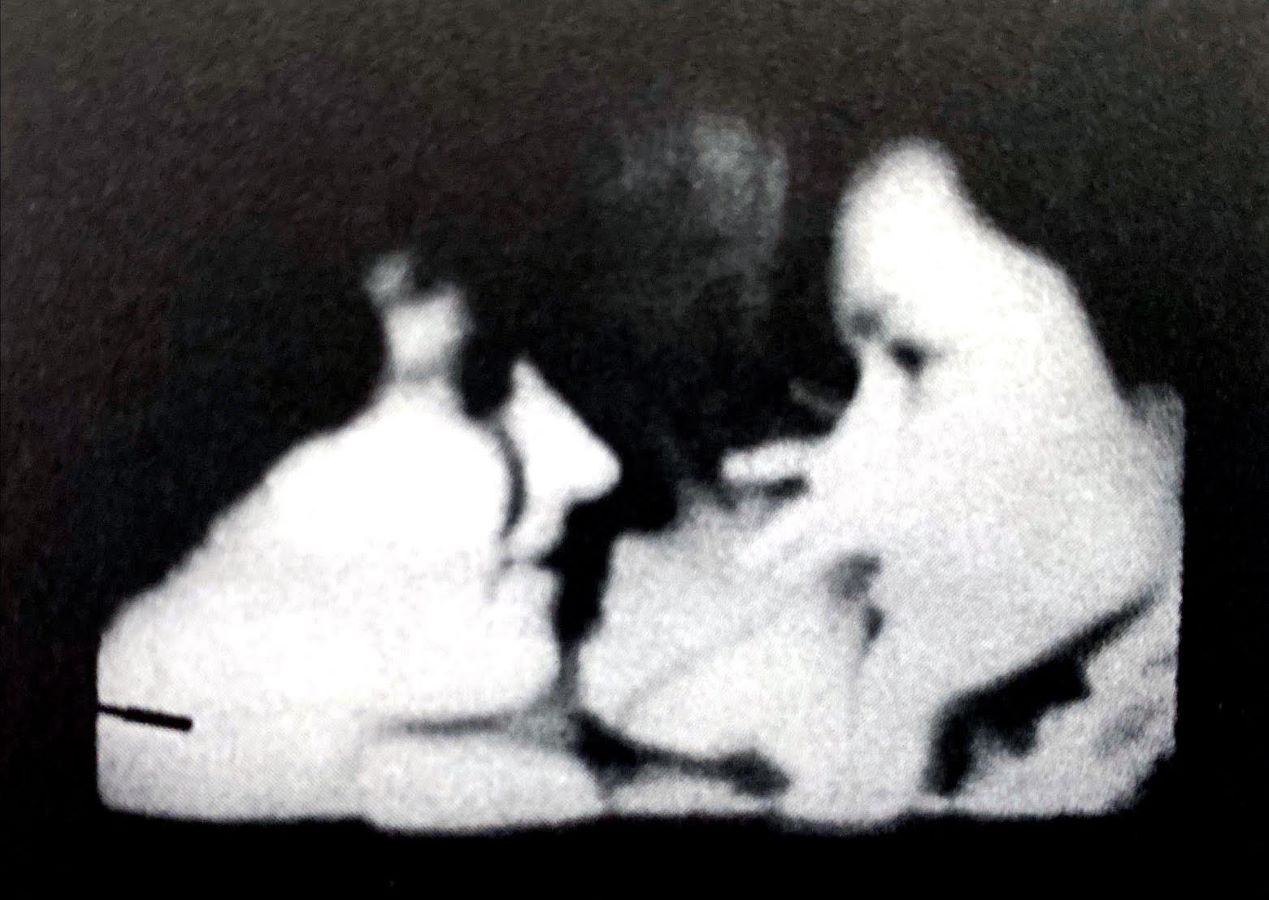 The video Two Women (1973) was first introduced as part of Jonas’s Organic Honey’s Vertical Roll performance at Leo Castelli gallery in 1973. The video, which loops with no beginning or end, was initially created to be an element of the performance. It was created by Jonas, who was reflecting on the idea of female imagery and reflection. In it, two women, who appear in a close up, their heads framed by the camera, look at each other, then gently touch, and eventually kiss. The vertical roll fragments their movement as their bodies gently shift about, creating a hypnotic effect.