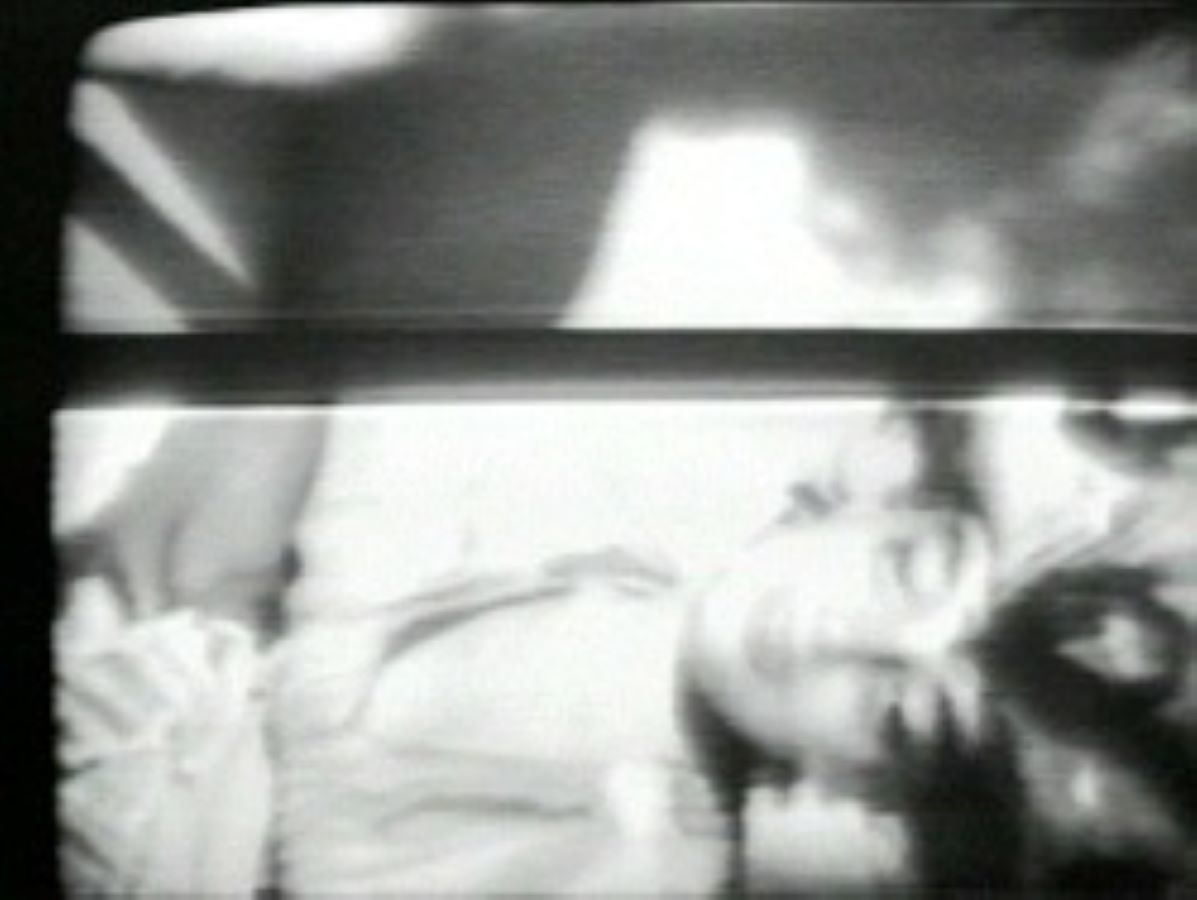 In this seminal piece, Jonas uses a technical feature of video—the vertical roll—as a structural device. This formal strategy creates fractured images caused by out-of-sync frequencies to expose a key material aspect of the medium. The result is a rolling image that presents fragmented and disjointed images of Jonas’s body (feet, torso, arms, and legs) as she performs repetitive gestures for the camera. In one sequence, for example, Jonas bangs a spoon against a mirror, an activity that she will continue to explore in her work. In another, she marches into the frame and then jumps up and down, but only her feet are visible in the rolling image. At another moment, Jonas exploits the vertical roll to create the illusion that her hands are clapping. At other points in the video, Jonas enacts simple gestures like extending her arms, which we see in a jilted staccato as the frame jumps and rolls.

In Vertical Roll Jonas performs masked and, in one sequence, costumed as a belly dancer. In this way, Jonas deconstructs representation as a concept—through the medium of video and in terms of the female body—to introduce a groundbreaking form of self-portraiture, one of the fractured self. The video begins with the sound of a spoon hitting a mirror. For the rest of the video, the sound of blocks of wood being hit together keeps rhythm with the vertical roll; Jonas recorded the sound of the blocks separately, as she watched the completed video. In the final minutes of the video, Jonas places her head between the camera and the monitor that it is filming, confronting the viewer and adding another spatial layer to the work.

Roberta Neiman, the camerawoman for Vertical Roll, was sitting in the middle of the space, filming my actions. It’s one continuous shot. The image she is filming is fed into the first monitor, on which there is a vertical roll. And I was performing in relation to the rhythm of that vertical roll, and also to the image of the vertical roll. A second camera is trained on the monitor, and filming that off the monitor. This is why I put my head in between that camera and the monitor at the end, to reveal the space.